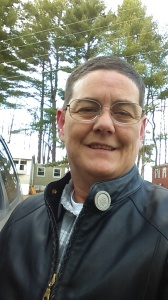 I follow most of WordPress’s blogs and one that I particularly like is the Daily Post, which often gives great topic and writing suggestions, you’ve seen me previously address some of their topics. Today’s is to write about anything, and then end it with “and all was right in the world.”  Again, a pretty interesting and intriguing challenge!  Gotta love it.

Now I also follow Dancing with Fireflies, a wordpress blog “where creative writers network and show off their talent” as their tag line says.  They often have the BEST of the BEST writing prompts!  Today’s prompt is to write a resignation letter to something/someone you want to “quit”.  It’s best explained in the link, where you can read all about the challenge.  I thought this is a super idea!  Just think of being able to anonymously write an “I quit” letter to that nasty boss of yours, or quitting something that you really dislike doing.  It’s like writing a Dear John letter to just about anything.  I love this one…and for those of you who are also writers, I challenge YOU as well!

So these will be the two things that I will be working on for the time being.  If you know of any more inspirational blogs that you think that I would like please drop me a comment about it!  I’m always looking for something new to spark my interest.  i need a good muse 😉

I spent the day today driving up the coast of Maine and stopping at about every antique store along the way.  My buddy from the neighborhood tagged along with me and we had a splendid time crawling through some dusty old places full of dusty old stuff.  It’s just something that I love to do.  We picked up a few little trinkets and treasures…I’ve been into collecting little fish statues, mostly the colorful saltwater fish like these in the picture below. 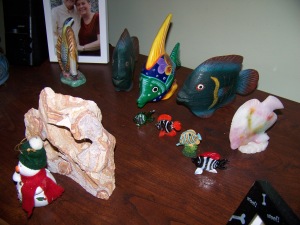 I am not sure what started the fish collecting thing, but I have been noticing them much more lately and the four little ones in the front are what I picked up at Arundel Antique Village…a massive collection of awesome junk!  I have a few friends who are also pickers — the slang name for people like me who pick treasures and resell them for profit usually, and for pleasure always!

This is a United States Census badge from 1900 that I happened upon in a tray of junk at one of the stores, I thought it was quite interesting and just had to have it.  I have a penchant for badges and the like.  Especially if they are official ones.  This one will most likely be resold through one of my venues.  I have a booth at an antique shop on Route 1 in York, Maine and I sell quite a bit from there when the tourists are all in town especially in the summer months.

And for fun and because i found it, I got this little truck with the Captain Morgan’s Rum, I now have it sitting in the front of my liquor supply cabinet, proudly on display.  It’s dorky I know, but hey, it’s Butch Cave decor!  I laugh, but it’s funny to look around my place and not know that it’s inhabited by someone with very eclectic taste. 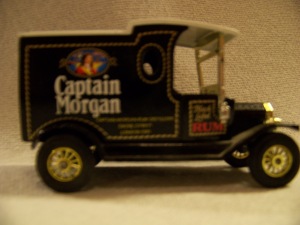 Nola had a great day riding around with us.  She is so well trained all I have to say is “back seat” and she hops right back there no problem, no complaints.  Once she is back there she will begin to “leak”…which is what I call it when she starts those soft little whines that are barely audible and increasingly become a little louder until I have to correct her with the statement that I am going to ship her to Siam or something equally dog-scary.  It’s a constant battle because while she is just fine in the big back seat of my SUV she would rather be sitting in my lap as I drive or be sitting on the passenger side (if I am alone) or sitting on the passenger’s lap.  She’s a royal pain in the ass sometimes to drive around with, but it’s part of owning the cutest Chiweenie dog of all time, I have to take her everywhere with me, or she will sit home sad and lonely…and we don’t want THAT!  (*snicker, snicker*)

Once I got home around 4:30 or so I was pretty tired.  but I’ve rallied and found the energy and desire to write!  After a long long day of thinking about things and pondering the possibilities, I decided that writing would be a great exercise and a nice relaxing thing to do tonight.  So I heated up left-over chicken cacciatore, rice and sat down to another great home cooked meal, and my buddy and I had great dinner and conversation.  She’s a writer too, so it’s cool taht we can swap ideas and give each other feed back, although her blog is on another platform and I don’t get over there enough to read her stuff.

Oh!  And I found a phone app for WordPress today too!  So you can write and post on the fly, so to speak!  I did download it, but I won’t use it for much because half of my writing relaxation is sitting in front of my computer and looking at the big screen as I type like a banshee!  But it’s always nice to have, and it’s got the reader on it as well, so I can read blogs on my phone when I’m waiting in the car or stuck somewhere with time to kill.

So that’s all folks…remember, check out the challenge at Dancing with Fireflies (hot link for ya!) and let’s see what you can resign from doing today!  I think it will be a fun exercise.  Euphemism could even play a key part if you are creative that way!  🙂  Rock on….and Peace!!!!  ~MB